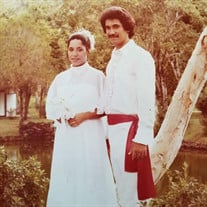 Glenn Pulama Silva Sr., 62 of Kahalu'u, Oahu, Hawaii passed away surrounded by his family in Castle Hospital on October 26, 2021. He was born on May 22, 1959, the youngest of 4 children to the late Gilbert D. and Hilda Kalama Silva. He graduated in 1977 from Castle High School. It was at Castle High School that he would meet the love of his life, Ramona K. Ho'okano. He would go onto play baseball for the University of Hawaii and was on their World Series Team. After graduating from college he married his love of his life, "Mona", had 3 children, Shyla-Ann, Shana-Ann and Pulama. Glenn also would begin his outstanding 41 year as a Bus Operator with MTL on May 22nd 1980.After 10 years of driving and providing public transit services, he was promoted to transit supervisor. Glenn was a respected man at his place of employment known today as Oahu Transit Services, Inc. He was a loyal member of the Hawaii Teamsters Local 996 Union. While holding a full time job, he and his Wife started their own business, known today as "Uncle Glenn's Hawaiian Food", "Uncle Glenn an Aunty Mona" would go onto serve the Kaneohe community throughout the COVID-19 pandemic by serving hot , delicious meals, free of charge to our vulnerable Kupuna and those who may have suffered financial hardship. He always said his Ohana (Family) was a gift from God. His life was centered on God and his family, especially his grandchildren and would excitedly look forward to their community events. (sports, school functions, etc.). He was truly a family man. He loved his Wife more than anything else in this world and would literally go to the ends of the earth for her. Everyone that knew them would agree that they were inseparable. Aunty Mona would always say to him "our marriage is a marriage made in Heaven." He would say to her "I love you my baby." They both were 16 when they dated and were married on August 23. He will be missed very much but we are truly blessed to have been loved him. His Celebration of Life will be held on Friday, December 17, 2021 at Valley of the Temples Trousdale Chapel from 12pm-3pm. Due to the mandate from Governor Ige, and because we care, please wear your mask at all times during the service.

Glenn Pulama Silva Sr., 62 of Kahalu'u, Oahu, Hawaii passed away surrounded by his family in Castle Hospital on October 26, 2021. He was born on May 22, 1959, the youngest of 4 children to the late Gilbert D. and Hilda Kalama Silva. He graduated... View Obituary & Service Information

The family of Glenn Pulama Silva Sr. created this Life Tributes page to make it easy to share your memories.