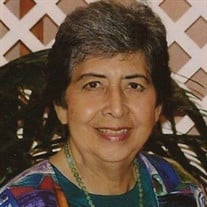 Jewell Leilani Davis Tuitele, 92, of Kaneohe, Hawaii, passed away peacefully on Saturday, December 5, 2020. She was a loving and protective mother, grandmother and great-grandmother whose determination, character and humor never failed to bring a smile to her family’s faces. She will be deeply missed. Jewell was born May 19, 1928 in Honolulu, Hawaii, the oldest daughter of the late Robert Wyllie Davis Jr. and Elsie Amoy Kapepa. She had one younger sister, Mary K. Davis, and one older hanai sister, Alice Aona. Jewell cherished her many happy memories of a childhood spent on the shores of Kaneohe Bay, where her days were filled with play, teasing and laughter, and where she developed an abiding love of the ocean and music. As a teen, Jewell attended Roosevelt High School in Honolulu, where her lively spirit caught the eye of her future husband Nelson Tuitele. They began their courtship while in college, Nelson at St. Mary’s College and Jewell at Berkley Business College, and married in Wailuku, Maui on July 18, 1949. After college, Jewell started her professional life working at the Hawaii Territorial Legislature for the late Honorable Daniel K. Inouye. She ultimately retired after a successful, 34-year career with Aloha Airlines. Jewell was a devoted, long-term member of the Church of Jesus Christ of Latter-day Saints, Kaneohe Ward. Jewell was preceded in death by her parents, two sisters, late husband Nelson T. Tuitele Jr., and two sons, Davis H.K. Tuitele and Nelson Neal Tuitele. She is survived by two sons, Timothy W. Tuitele (Sandra) and Carlson D. Tuitele, and daughter, Jewell K. Tuitele (Cheryl), eight grandchildren, twenty-five great grandchildren and one great-great grandson. The family would like to extend their sincere appreciation to all those who shared their love and aloha with Jewell throughout her life, and to those who have expressed their condolences and support since her passing. Private family services will be held at Hawaiian Memorial Park.

Jewell Leilani Davis Tuitele, 92, of Kaneohe, Hawaii, passed away peacefully on Saturday, December 5, 2020. She was a loving and protective mother, grandmother and great-grandmother whose determination, character and humor never failed to bring... View Obituary & Service Information

The family of Jewell Leilani Tuitele created this Life Tributes page to make it easy to share your memories.