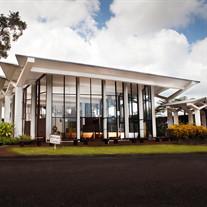 John K. W. Lam Ho III, 66 of Waiahole, passed away on Monday, September 10, 2018. He was born in beautiful Honolulu, Hawaii on September 02, 1952 to his parents John Kong Wan Lam Ho Jr. and Kikuye Lam Ho (Kaneshiro). John attended Waiahole Elementary School, along with his 4 other siblings, from which he was the second oldest. He later continued on with his education at James B. Castle High School, home of the Castle Knights, where he graduated from, earning his diploma. Soon after High School John began his career with Sawai Brothers, where he worked as a painter. On March 26, 1983 he had the honors of marrying his beautiful, loving wife Luana at Waikane Congregational Church. Together the couple had 2 children, a son John Lam Ho IV and a daughter Kanani. John was a man of few words, but he was very much a hard worker and always provided for his family. John soon began a new journey in life when he started a new career at the Hawaii State Hospital where he worked as a Psych Technician. John was a very easy going, laid back kind of guy. In his spare time, John enjoyed doing simple things, and one of his favorite things to do was to go shopping, especially since the stores were nice and cool and he was out of the house. John is survived by his loving wife of 35 years, Luana Lam Ho; Son: John (Jovina) Lam Ho IV; Daughter: Kanani (Jay) Ioane; Father: John Lam Ho Jr.Mother: Kay Lam Ho; Brothers: Curtis (Danette) Lam Ho, Cedric and Jordan Lam Ho; Sister: Tanya (Lloyd) Sueyoshi; Grandchildren: Anuheamauna, Teijian, Jaysten, Kruz, Valo, Jonna and Josiah. He is also survived by numerous nieces and nephews. Services for John will be held on Sunday, September 30, 2018 at Hawaiian Memorial Park Mortuary.

The family of John K. W. Lam Ho III created this Life Tributes page to make it easy to share your memories.