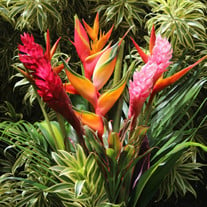 It is with great sadness to share the passing of Matthew Niess. Hawaiian Memorial Park Mortuary is honored to be serving the Niess family. Matthew Francis Niess of Honolulu, HI passed away from this life into the arms of our Lord on July 21, 2021. Matthew was born in Bismarck, ND on November 13, 1988. He moved to Hawaii in 2006. He graduated from Kaimuki High School in 2007. Matthew participated in a lot of activities in his younger years when he lived in Fargo, ND. He enjoyed snowboarding and won many plaques and trophies for wrestling and BMX racing. Matt was an avid fisherman and any chance he could get he would always be at the river or ocean casting a line in. He had a heart as big as his smile. Matthew was always helping those in need. One time he saw an old man walking with a walker and his pants down to his knees, and he ran out of where he was working to put his own belt on the elderly man so his pants would stay up. Matt would exude kindness in everyday life, sometimes he would even be seen giving down to what he had left in his pocket. If he saw a need, he would do whatever he could to fill it. He loved to play funny little tricks, and his laugh would always make people smile; his goofiness was adorable. Matthew also enjoyed skateboarding and would often be seen tooling around town doing jumps and tricks that were always so fun to watch. If he wasn't on his moped, you would see him on his beloved skateboard. His first job was at Dairy Queen when he was 15, and worked at Don's Car Wash before he left to Hawaii. While Matt was in Hawaii, he worked at Chili's for six years until he found his true calling working for Moped Direct. He was mechanically gifted and was able to take apart and or build anything he could get his hands on. This led him to his career passion, in which he was able to hand-craft a high-performance moped for himself that went up to 95mph from scratch. Matthew enjoyed his work and craft tremendously and had built and sold many bikes. He was the officer/ head mechanic at Moped Direct. He was in the beginning stages of starting his own business when he passed. Matthew was such a gentleman, the sweetest, and very loving and devoted to his family. Memories will never be forgotten, but cherished for life. In loving memory Matthew Francis Niess, you will always be in our hearts. He is survived by his Mother Theresa Campagna, his sisters McKayla Campagna, MaKynah Campagna, Father Kevin Niess, his sister Brittany Niess, his step-mother Starlene Moore, his step-sisters and brothers; Kayla Wooly, Victor Myers, Michael Myers, and Derek Moore. He was preceded in death by his Grandpa Leo Niess, and Grandma Alice Campagna.

It is with great sadness to share the passing of Matthew Niess. Hawaiian Memorial Park Mortuary is honored to be serving the Niess family. Matthew Francis Niess of Honolulu, HI passed away from this life into the arms of our Lord on July 21,... View Obituary & Service Information

The family of Matthew Niess created this Life Tributes page to make it easy to share your memories.

It is with great sadness to share the passing of Matthew Niess....