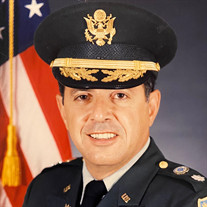 TOPALIAN, Paul Charles, age 72, of Kailua, HI, retired U.S. Army Lieutenant Colonel (LTC). Born in Cambridge, MA, September 27, 1947 and raised in Watertown and Belmont, Massachusetts, graduated Belmont High School Class of ‘66. Loving and devoted husband to Solinuu Poueu Topalian and father of Lucia Makerita Topalian. Brother of Virginia and her husband Berj Najarian of Waltham, MA; and younger sister Irene and her husband Michael Hicks of Belmont, MA. Adoring uncle to many nieces and nephews. Son of the late Louis Topalian, an Armenian genocide survivor, and Marguerite Barberian. Grandson of Yeghia and Armenouhi Barberian, and Boghos and Nora Topalian, also survivors of the Armenian genocide. Graduated summa cum laude from Norwich University in 1971 and commissioned as an officer in the U.S. Army, retiring at the rank of LTC in 1996. He had two graduate degrees – a master of science in Business Management from Salve Regina University and a master of arts in National Security Studies from the U.S. Naval War College. With 30 years of experience as an intelligence professional, he had extensive overseas experience in Asia and Europe with the U.S. military and several U.S. government agencies; and was awarded the Intelligence Collector Award by the US Intelligence Community and the Legion of Merit Distinguished Medal by the US Army. Published author of “Tradecraft Primer: A Framework for Aspiring Interrogators,” a primer used as the foundation for a new course in the Criminal Justice program at Norwich University – the last service he provided to future leaders of the US military and intelligence community. He was deeply proud of the home he and his wife designed and built together in Kailua. He is survived by his wife of 35 years - Solinuu, and daughter Lucia – a teacher at St. Anthony’s Kailua, and many adoring nephews and nieces whose lives were positively impacted by a wonderful man, now our guardian angel. We love you Paul. Services will be held at 9:30am, Friday, February 7, 2020 at St. Anthony’s Kailua, 148 Makawao St., followed by lunch in the parish hall, and Burial at 1pm, Hawaii State Veterans Cemetery in Kaneohe. The family asks that in lieu of flowers, donations be made to the: Armenian Memorial Church, 32 Bigelow Ave., Watertown, MA 02472, “in memory of Paul C. Topalian.”

The family of Paul Charles Topalian created this Life Tributes page to make it easy to share your memories.