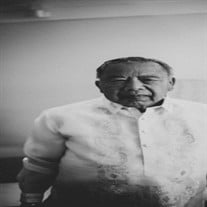 Pedro Bocobo Piedad Fair Winds and Following Seas On January 20, 2021; Pedro Bocobo Piedad passed away at the age of 85 at home in Honolulu with his family around him. Pedro lived a full life. He was born on June 21, 1935 in San Nicolas, Ilocos Norte, Philippines to parents Cipriano and Lucia Piedad and was the youngest of four children. After high school, he went to college at University of the East. In 1961, he was selected to enlist in the United States Navy where he served as a Mess Management Specialist and as a Construction Electrician with the Seabees. He went on to serve crew member on the USS Tautog, USS Mckean and USS Sample; deploying numerous times where he was without contact for long periods of time. A risk taker and trail blazer for his family, Pedro left the Philippines to start a new life as a sailor in the United States Navy. Pedro retired from the Navy on May 21, 1980. He went on to reside in Renton, WA and worked as a Maintenance Mechanic with the US Postal Service until retiring in 2006. With resilience and grit, he was a tireless provider for his family. He married Florida Rivera Damo on February 14, 1964. He brought her to the US on the adventure of a lifetime that included travel, sacrifices, challenges, joy and building a family of their own. Through their hard work they forged a path to live life to its fullest while making family the center of all efforts. We will always remember him as an amazing warrior and hero. Dad, thank you for your service to our nation and the timeless life lessons and gifts to your family. So much of what we do everyday is a reflection of what you taught us and the ways you led us. He is survived by his four children and seven grand children and one great grandchild on the way. A celebration of life will be held on February 25, 2021 at Valley of the Temples with Drive by Condolences only from 11:45 am-12:45 pm. Donations may be sent to Emerald Piedad at 16928 164th Way SE, Renton, WA 98058.

Pedro Bocobo Piedad Fair Winds and Following Seas On January 20, 2021; Pedro Bocobo Piedad passed away at the age of 85 at home in Honolulu with his family around him. Pedro lived a full life.... View Obituary & Service Information

The family of Pedro Bocobo Piedad created this Life Tributes page to make it easy to share your memories.