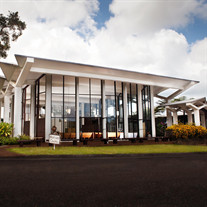 Rogelio "Roger" A. Sambrano, 71, of Mililani, passed away on Tuesday, September 11, 2018. He was born in beautiful Honolulu, Hawaii on March 29, 1947. Roger was born to parents Isabelo Sambrano and Dolores Y. Akamine Sambrano, and he is the fourth child out of eleven total children. He attended elementary school at August Ahrens Elementary school in Waipahu, then later graduated from Campbell High School earning his High School diploma. After he graduated he enlisted in the U.S. Army in August 1966, and served until September 1969. He completed his education and training at the U.S Army ordinance center and school for Auto Repair. Roger also worked for Hawaiian Dredging Company, Civil service for the Federal at Hickam, Camp Smith and Schofield. He was also also awarded a medal for National Defense Service. He lived in the Waipahu and Ewa Beach side of the island. On June 19, 1971, he was blessed with the honor of marrying his beautiful and loving Wife Aurora, at Our Lady of Good Counsel. In fact the day he got married was the most important event in his life, as it was the starting point of his legacy. He was a very fun, loving and humble man, who in his free time enjoyed things like fishing, listening to Hawaiian and Country music, but most favorite thing was watching his grandchildren at their games. Here are a few of Roger's favorite quotes: "A friend is a friend, but a true friend is someone who will always be there for you." "You gotta make your own first step, the quickest first step you ever made in your life." "Always remember what I tell you. One day you'll be able to pass it on to someone else." Roger is survived by his Wonderful Wife Aurora; Son: Creighton Sambrano; Daughters: Lianna (Abraham) Timas and Regina Cabais; Brothers: Bobby, Rudy, Jerry, Theodore (Teddy), Steven and Clifford; Sisters: Veronica Jackson and Verna Kekahuna; 8 Grandchildren and 1 Great Grandchild. Services will be held on Thursday, October 11, 2018 at Our Lady of Good Counsel. Visitation: 9:30 am; Eulogy: 10:30 am; Mass: 11:00 am with lunch to follow.

Rogelio "Roger" A. Sambrano, 71, of Mililani, passed away on Tuesday, September 11, 2018. He was born in beautiful Honolulu, Hawaii on March 29, 1947. Roger was born to parents Isabelo Sambrano and Dolores Y. Akamine Sambrano, and he is the... View Obituary & Service Information

The family of Rogelio A. Sambrano created this Life Tributes page to make it easy to share your memories.