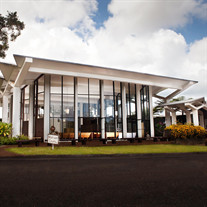 72, Alfred Kwai Hin Ng, of Kailua, passed away on Thursday, August 30, 2018. He was born on August 08, 1946 on the beautiful island of Oahu, to his loving parents Alvin Kwok Yuen Ng and Janet Kwai Yuk Wong. Alfred attended numerous schools such as St. Theresa, James B. Castle High School and also Kapiolani community college. Soon after graduation Alfred began his career as a Forklift operator and also a tractor trailer driver. Alfred worked at Pearl Harbor Naval Shipyard as a Crane Operator and after many years of service, he finally retired in 2015. On October 24, 1970, Alfred had the honors of marrying his beautiful, loving wife of 48 years, Margaret Ng, at Church of Jesus Christ of Latter Day Saints. Alfred resided on the windward side of the island in the city of Kailua, where he raised his family. Alfred, like most locals here on the island, enjoyed the outdoors, especially the ocean, in fact he was one of the founders for PHNSY, Tako tournament. He was a very hardworking man, he made sure all his families needs were always taken cared of. Alfred was also a very generous, funny and loving man and in his spare time after he retired, he enjoyed participating in activities such as cooking, baking and his most favorite would definitely have to be diving. Alfred is survived by his loving wife Margaret Ng; Son: Devin (Aileen) Ng; Daughters: Dayna Ng and Shantelle (Bryson) Akina-Nitta. Brother: Andrew (Donna) Ng; Sisters: Barbara "Bobbie" (Larry) Sawai and Charla Kato. He is also survived by 14 Grandchildren and also 2 Great Grandchildren. Services for Alfred will be held on Wednesday, September 26, 2018 at Hawaiian Memorial Park Mortuary; Visitation:5:30 pm; Services: 6:30 pm, with dinner to follow. Burial will be graveside on Thursday, September 27, 2018 at Hawaii State Veterans Cemetery at 10:00 am.

The family of Alfred Kwai Hin Ng created this Life Tributes page to make it easy to share your memories.