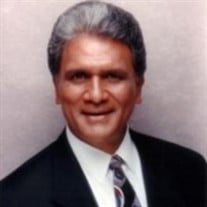 On February 27, 1937, in Honolulu, Hawai'i, at the originally known Queen's Hospital, Clayton Ralphael Kaleiahihi Nalua'i was born. Of Hawaiian descent and the oldest of six, Clayton's family grew up on both sides of the Ko'olau, finally settling on a small estate in Pu'ōhala in Kāne'ohe. Clayton attended Hawaiian Misson Elementary School in Makiki and then went on to attend Hawaiian Mission Academy where he graduated in 1955. Leaving the islands shortly after to attend Andrews University in Berrien Springs, Michigan, Clayton aspired to be a Physical Education Teacher. But God and fate had different plans for him. Singing at talent shows with his brother, Alan, and two friends from Hawai'i, Pat Sylva and Bernie Ching, at Glendale Community College, the four young local boys found themselves in "the right place, at the right time"! They soon signed with HiFi Records and almost overnight became local and national sensations. In the Islands, The Surfers played at Duke Kahanamoku's and Canton Puka at the International Market Place. They also played at the Imperial Hawai'i Showroom on Lewers Street and the floating Oceania in Honolulu Harbor. "We closed at the Oceania when a big storm wrecked the boat," recalled Nalua'i. The Surfers also had a seasick-inducing gig at Cleopatra's Barge at Caesars Palace in Las Vegas, "singing on a "boat" lounge that rocked like a cork in water." For over fifty years, Nalua'i had been a student of Master Koichi Tohei, Founder of Ki Society International. In the early 1970's, he was one of the Founders of Lokahi Ki Society, and served as its Head Instructor for many years. Most recently, he served as Senior Advisor holding the rank of 7th Dan Black Belt in Shin Shin Toitsu Aikido. He dedicated himself to creating programs for people to experience the spiritual power they naturally had through the unification of Mind and Body. Nalua'i went home peacefully on Wednesday, January 6, 2021 with his family surrounding him. He is survived by his wife, Margaret; two sisters, Judy Mulcahy and Louise Danilavicous; two brothers, Richard "Buddy" Nalua'i and Michael Nalua'i; five children, Melodie, Michele, Melinda, Marla, Kristian, and their mother Jeanette; 14 grandchildren; and 16 great-grandchildren. Melodie, the eldest of his children says this, "My dad was a brilliant spark at his very best! Every dream, every possibility, every moment and opportunity he had to shine...He gave that part of himself to the world!" A small, private service will be held at the Valley of the Temples Chapel and Mortuary on January 27, 2021. A Celebration of Life and a Celebration of The Surfer's Music and Legacy will be held in the late Summer 2021.

On February 27, 1937, in Honolulu, Hawai'i, at the originally known Queen's Hospital, Clayton Ralphael Kaleiahihi Nalua'i was born. Of Hawaiian descent and the oldest of six, Clayton's family grew up on both sides of the Ko'olau, finally settling... View Obituary & Service Information

The family of Clayton Raphael Kaleiahihi Naluai created this Life Tributes page to make it easy to share your memories.