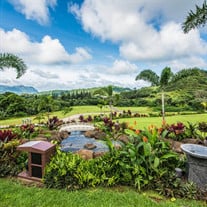 John Wah Kai Chang was born on Nov 28, 1943, the Year of the Ram, to parents Dr. John Wah Funn and Dr. Rosie Kim Chang. He passed away suddenly at the age of 75 years, on January 25, 2019. He is survived by his spouse of 47 years, Maylani Lum Chang, daughter Jennifer Chia Yi Chang, son John Stephen Chang (wife Hee Jin Yoon) and grandsons John Anthony Chang and Michael Andrew Chang. John spent his early childhood in Pittsburgh, Pennsylvania where his Dad attended Dental School. Upon returning to Honolulu in second grade, his maternal aunt, Clara Kim Amundsen had him apply to Punahou School. He entered Punahou School at second grade and graduated in the class of 1961. He continued his education at Colgate University and graduated with a Bachelor’s degree in English Literature in 1965. In the fall of that year, he entered the University of California’s Hastings School of Law, obtaining a JD degree in 1968. Returning to Honolulu, he started his career as an attorney, first as a Public Defender, then worked for the City of Honolulu in the Office of the Corporation Council for a number of years. He worked in private practice with his law partner Donna Woo, and was later a partner with the late Attorney Peter Ng. He also was the Attorney of the Local 1186 Electrician’s Union for a time. The last ten years of his career was spent as a Deputy Attorney General for the State of Hawaii. In his retirement, he served as a Hearing Officer for the Disciplinary Board of the Hawai’i Supreme Court. John was a devoted husband, and father supporting his children’s education in sports, dance, Boy Scouts and their participation in the Hawaii Youth Symphony. His two young grandsons were a source of joy and happiness in his later years. John found great pleasure in traveling the world with his wife and friends, exploring new restaurants, and faithfully attending the University of Hawaii football games for almost 50 years with season tickets. Like his parents, John was active in the Chinese Community, having been a member of the Honolulu Chinese Jaycees, Past President of Chang Wing Yong Tong Society and Hawaii Chinese Civic Association, a Director of CAPE (Center for Asian and Pacific Exchange), and Past President and Treasurer of the Rotary Club of West Honolulu. We will always remember his sense of humor, love of collecting art, reading, trivia, and cooking. We miss him dearly and pray that his soul will now rest in peace with the Lord. Private services were held at February 4, 2019 at Hawaiian Memorial Park Cemetery. Please, no gifts or flowers, but donations may be made to your favorite charities.

The family of John Wah Kai Chang created this Life Tributes page to make it easy to share your memories.