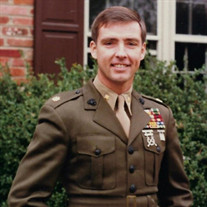 Paul Mark Jungel, 70, passed away at his home in Pearl City, Hawaii on April 30, 2020. He was born in Paw Paw, Michigan on December 22, 1949. Paul’s early years were spent with his family on a small farm, where they grew a variety of crops, particularly grapes which were sold to the local winery. After high school, Paul studied at Michigan State University for a semester before deciding to enlist in the U.S. Marine Corps during the Vietnam War. He was immediately deployed after completing boot camp. Paul served in a Combined Action Platoon (CAP) unit in Than Quit for nearly one year. Unlike other troops, the Marines in the CAP units lived among the rural South Vietnamese villagers and worked alongside the South Vietnamese Popular Forces. During the mid-seventies, Paul’s specialty was Intelligence Analysis and he was stationed at CINCPACFLT in Hawaii, where he supported Operation Eagle Pull (evacuation of Phnom Penh, Cambodia) and Operation Frequent Wind (final evacuation of American citizens and “at-risk” Vietnamese from Saigon). During this time, he was recommended for Warrant Officer School and after completing that, became a “mustang” officer, having risen through the enlisted ranks. Paul was later assigned to the 22nd Marine Amphibious Unit as a senior intelligence officer, where he was one of the key planners for the invasion of Grenada to rescue medical students who were being held hostage by Cubans and Grenadian forces. Immediately after that, the unit travelled to Beirut, Lebanon with the U.S. contingent of multinational forces, which assisted in the aftermath of the bombing of the Marine Corps barracks in Beirut, Lebanon, in which 220 Marines were killed. His last duty station was at the Pentagon with the Defense Intelligence Agency, working on the Central America Joint Intelligence Team. Paul was a limited duty officer who attained the rank of Major but retired as a Captain, after serving 20 years in the Marine Corps. During his military career, Paul also completed his BA in Political Science and Government from Michigan State University and a MS in Strategic Intelligence from the Defense Intelligence College. After retiring from the Marine Corps, Paul moved to Phoenix, Arizona where he began another successful career, this time as a beloved teacher. He earned an MA in Education from Chapman University and taught elementary school for 20 years. Many of the families of the children he taught were low-income immigrants. He was an influential figure to hundreds of children and many teachers over the next two decades at Simpson School in Alhambra School District, where he served as the 4th grade Team Leader and won several awards, including Simpson’s Teacher of the Month and Alhambra District’s Teacher of the Month. In 2009, he married Jennifer and retired from full-time teaching. He moved back to the Midwest to live with Jennifer and her son, Patrick, at their home in suburban Chicago. He quickly became a favorite substitute teacher with the elementary and junior high students in Bensenville and Wood Dale, where he was known for sharing his many stories. Paul had always dreamt of retiring in Hawaii and achieved that goal in 2016, when he and Jennifer moved to Hawaii to help her mom. He felt it was fitting since his late father-in-law was the Marine officer who had recommended his appointment to Warrant Officer School 40 years earlier. Paul was known for his easy-going manner, smile, and laugh. He shared many stories with his grandkids and students, and had a special way of making each person feel unique and loved. He lived by the motto of the US Marines, “Semper Fi” – always faithful. Paul is survived by his wife, Jennifer Jones Jungel; children Jennifer (Louis) DeBroux, Kristina (Scott) Fife, Meagan Jungel, Jeremy Wilk, and Patrick Wilk (Bree Mora); 14 grandchildren and 2 great-grandchildren. He also leaves behind his mother, Mary Lou; brothers Terry (Beth), Mike (Rosemary), and Karl (Karen), and sister Nina (Kevin) Sherburn. He was predeceased by his father, Mike, and brother, Timothy Lee. His family appreciates the healthcare staff at The Queen’s Medical Center (Punchbowl and West Oahu), Dawson Dermatology, Hawaii Cancer Care, the VA, Seattle Cancer Care Alliance, Navian Hawaii, and many others who assisted Paul and Jennifer as he valiantly fought T-cell lymphoma related to Agent Orange for the past two years. Private interment at Hawaii State Veterans Cemetery will be held at a later date.

The family of Paul Mark Jungel created this Life Tributes page to make it easy to share your memories.