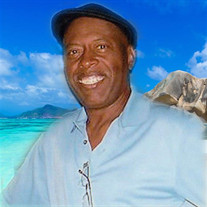 “Be not deceived, God is not mocked”. This means to mock Jesus is to dishonor, disrespect and ignore him. My brother, Ray did none of these. Jesus is the Truth and Love. In John 13:14, Jesus said, “A new commandment I give to you, that you love one another, as I have loved you, you are also to love one another”. I believe that Ray, my brother found Jesus, in the year 1991, that was the year of my retirement, and he called me to say hello. He said that he was calling all of his sisters and brother (8 at the time) to ask for “forgiveness” for anything that he had done to them in the past. I said, but you haven’t done anything to me to be forgiven. So, I said, “I forgive you,’ because he needed to hear and know that and know that I loved him. And then we talked about the family for a while before hanging up. From that moment on my brother’s faith and love in Jesus grew stronger and stronger. He found it hard to say no to anyone asking for help, but I believe that by helping people his reward was doubled through his faith in Jesus by much more. If you thought that you were taking advantage of him, I say, no, all the while, Jesus was blessing him with insight, enlightenment and fulfillment for being humble, caring, considerate and loving individual. There have been a few challenges in his life, but his faith and love for Jesus never waivered. Now Jesus called has called him home to rest until the final bugle call when everyone will be judged based on their actions and merits on earth. I did not know that I would be doing my brother’s Eulogy, but I am happy to be doing it. Obituary RAY ALVIN ANTHONY JOHNSON of Honolulu, Hawaii, died at the age of 69 years old, Sunday, April 6, 2019 at 11:46 A.M., at Kaiser Permanente Hospital, Honolulu, Hawaii. Ray was born on October 3, 1949, Cambridge, Maryland to the late Addison and Monenia Johnson. He was educated in the Dorchester County School system and attended Maces Lane High School in Cambridge, MD. My brother excelled in mathematics and problem solving. I was told that one of his classmates remarked, “that if the teacher and Ray couldn’t solve the problem, we are in trouble. Ray went on to attend college at Morgan State University in 1967, majoring in a Bachelor of Science in Mathematics. Ray was drafted in the United States Army during the Vietnam Era on June 1, 1972 and served one tour. He was assigned to B Company 1st Battalion, 35th Infantry, Schofield Barracks, Hawaii. He held Ranks as a Private and was promoted to Sergeant during his time in the Army. His Ribbons include the National Defense Service Ribbon and the Rifle Sharp Shooter Ribbon. Ray told us that when they were on the airplane going to Vietnam, the war ended. The airplane returned to Schofield Barracks, he got off the plane and kissed the ground and thanked the Lord that he was “Home”, Hawaii, and this is where he made his home. He loved Hawaii’s year around warm weather and breezes, plus enjoyed the people. He only came home to Maryland for emergencies, and loss of a family member. He made his living by being a general maintenance provider and carpet cleaner. Ray married Lita (Martinez) Johnson on February 28, 2002 and renewed their wedding vows on April 18, 2017 in the Philippines. They have no children from their marriage, but have many nieces, nephews, who refer to Ray as Daddy Ray. Ray’s faith and relationship with Jesus was very strong. No matter what he was doing, he would always get in a conversation about how great Jesus was, and how Jesus would provide for your every need. Ray was outgoing, loving, peaceful and a giving man. If you were ever in need of help, he would do his best to help you. Sometimes, even if it was not possible for him to make it happen, especially, after his first stroke. Ray loved to sing, write songs to sing, played competitive basketball with his friends and college buddies, talk about where he grew up, and old-style-down-home cooking. Most of his basketball friends called him “The Old Man” in the game. They’d say, let’s let the old man play. He was a jovial person, had a spring in his step when he walked, and always had a joke or a smart come-back when interacting with you. He said things to make you laugh or think. Ray is preceded in death by two sisters, Wendy Johnson, and Cheryl Chamberlain-Reaves; and a brother, Addison Johnson Junior. Ray is survived by his wife, Lita Martinez Johnson; sister-in-law’s, Juliet Patoc, Lanie Martinez, and Elvie Marasigan from the Philippines, and Jay Martinez (brother-in-law) from the Philippines; sisters, Cosette Burns, Baltimore, Md, Rhonda Jones (LeRoy), Aberdeen, Md, Tanya Harris of Cambridge, Md, Avis Banks (Nathan) of East New Market, Md, a Serena (sister-in-law) of Salisbury Md, and brothers - Kevin Johnson (Mable) of Hurlock, Md, Richard Johnson of Baltimore, Md. We love you Ray, and we are going to miss you, so very much. You loved Jesus, made many friends who care for you, and entertained us with you quick wit and unique expressions. There will never be another like you. Wake service will be held at Valley of the Temples Mortuary on Thursday, May 16, 2019. Visitation: 5:30 pm Service: 6:00 pm. Second day service will be held back at Valley of the Temples Mortuary on Friday, May 17, 2019. Visitation: 10:15 am Service: 10:30 am Burial: 1:00 pm at Hawaii State Veterans Cemetery. God Bless You

The family of Ray Alvin Anthony Johnson created this Life Tributes page to make it easy to share your memories.

“Be not deceived, God is not mocked”. This means to mock Jesus...