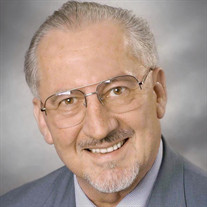 Richard Edward Wagner, 82, passed away on June 16, 2021, from natural causes in Honolulu, Hawaii. Richard was born in Okanogan, Washington on May 19, 1939 to Ralph and Beth (Johnson) Wagner. Rich grew up across the street from his maternal grandparents, George and Bertha Johnson. He spent many hot summer days working at Grandpa Johnson’s apple orchard. When he was 11, his parents and his paternal grandparents, David and Myrtle Wagner, built neighboring homes on the hill overlooking the town, where every Sunday evening the Wagner and Michelsen families would gather. The Michelsens were Kermit and Pauline (Wagner) Michelsen and their children, Richard’s cousin’s, Don, Bob, Marlene and Janice. Richard loved deer hunting in the Salmon Creek area and often camped with his family at places such as Bonaparte Lake. He was a smart student and a good athlete. He played trumpet, sang in the choir, acted in plays, was the Student Council President, and was active in the Methodist Church. He suggested the motto for his high school graduating class of 1957, “If we can’t find a way, we will make one” which was a sign of the engineering career he would pursue. Rich married Sharon Eden from Wenatchee in 1959. He graduated from Washington State University with a mechanical engineering degree in 1961, while working jobs as a pizza cook and as a teaching assistant in the engineering department. In the summers, he would return to Okanogan with his lifelong friends Jim Rockey and Tom Monroe (also attending WSU) and work for the U.S. Forest Service fighting forest fires. His son, Rand Emerson Wagner, was born in 1960 while he was at WSU. Richard later served on the WSU College of Engineering and Architecture’s Executive Leadership Advisory Board for 25 years. Highly recruited upon graduation, Richard accepted a computer product development job with IBM (International Business Machines) in Los Gatos, California, where he contributed to the design of the original dot matrix printer. His daughter, Jill Beth (Wagner) Donaldson, was born in 1964, the same year he earned a Master of Science degree in engineering from Santa Clara University while working full time. IBM transferred him to Rochester, Minnesota in 1965, where his daughter Holly Noelle (Wagner) Bauermeister was born in 1966. In 1967 Richard moved to Mercer Island, Washington to work for the Tally Corporation. Sharon and Richard divorced after their son Rand drowned in a swimming pool accident in 1976. In 1978 Richard married Kay (Crosetto) Wagner, who brought her son Michael Dwayne Goodburn into the family. In 1980, Richard became a research engineer for Weyerhaeuser Forest Products Company where he patented several inventions and travelled widely to evaluate new technologies in the United States, Canada, China, Europe, Japan and Scandinavia. In 1980 Richard and Kay designed and built a home in Auburn, Washington on five acres of property with a beautiful view of Mt. Rainier. Richard enjoyed the physical work of having 1 to 4 horses at a time and taking care of the land. He and Kay spent weekends trail riding with friends and were active members of Back Country Horsemen of Washington for several years. In 1981, daughter Anna Marie “Annie” (Wagner) Holliday was born. He built a cottage, designed by his sister Carolyn, an architect, beside his home in Auburn for his mother Beth, where she lived from 1988-2007. In 1990, Richard was appointed to the Auburn City Council and was re-elected seven times, for a total of 27 years, the longest term of any Auburn City Councilmember in the city’s history. His proudest accomplishment was championing the building of a Community Center where everyone in Auburn’s diverse community could gather and interact. Rich retired from Weyerhaeuser in 2004, but remained active as a city councilmember through 2017. In 2018, Richard and Kay divorced, and Richard moved to Honolulu, Hawaii to live with his sister, Carolyn. Richard’s hobby was building things, and he spent a lot of time on his computer creating project plans and analytics. He enjoyed his class reunions and family reunions, he liked dancing in taverns, and he was a fan of all sports. His personal motto was, “Work hard and respect everybody.” Richard’s daughters remember their dad as an engineer with a knack for creating anything from wood or cardboard. From the entire circus he built from scraps as a kid, to the barn they raised in Auburn, to the crawl-through haunted house, the dunk tank for the neighborhood carnival, the cable car bed, the parade floats and pooper scoopers, the dog houses, the swing-sets, the kid-sized army jeep, and the big red popcorn cart, he loved the process of bringing vision to life. He also loved to cook hearty dinners for his family, and to make picture collages to commemorate events. Richard was preceded in death by his son and parents. He is survived by his sister Carolyn (Wagner) Allerdice of Honolulu, Hawaii, his former wife Kay (Crosetto) Wagner of Sarasota, Florida, his former wife Sharon (Eden) Wagner of Bellingham, Washington, his daughters Jill (Colin) Donaldson, Holly (Matt) Bauermeister, Annie (Bernie) Holliday, his step-son Michael Goodburn, and grandchildren Molly, Neil, Hannah and Elisa. At this time, no service is scheduled. Richard requested that those who want to honor his memory, please make a donation to the Washington State University Foundation in his honor, to be used for engineering scholarships.

Richard Edward Wagner, 82, passed away on June 16, 2021, from natural causes in Honolulu, Hawaii. Richard was born in Okanogan, Washington on May 19, 1939 to Ralph and Beth (Johnson) Wagner. Rich grew up across the street from his maternal grandparents,... View Obituary & Service Information

The family of Richard Wagner created this Life Tributes page to make it easy to share your memories.